The capital city of India – “Delhi” is an amazing mix of all the old things and new developments. At one side, where the city overstates its modern infrastructure at the same time it also exhibits its traditional buildings and centuries-old historical monuments on the other side. Although, the city is truly the heartbeat of the country in every sense but the people living in the city sometimes look for an escape from the hustle bustle of the city life. And what could be better than a weekend getaways near Delhi.

As we have always heard that “to rejuvenate your body and mind, travel is the best therapy”. So what are waiting for, plan a visit to “Weekend getaways from Delhi” to get away from routine and come back all charged up for the days to come. If driving a car gives you the all the fun then a road trip vacation is your ideal Short trips from Delhi. Going through the scenic highways with your favorite music playing the background will sure to put a spring in your step, Let us explore the Top Weekend Getaways near Delhi.

Weekend Getaways from Delhi within 300 kms:

Rishikesh situated on the foothills of Himalayas is the hub of many ancient temples, yoga ashrams, popular cafes and adventure sports. The pleasing place is the perfect & beautiful blend of spiritual and pumping experiences. Visitors find whitewater Rafting, a number of camping and cafe spots springing up in Rishikesh. It has now grown immensely as one of the favorite Weekend trips from Delhi that caters to people with different needs. It has become the ghaaetaways to many Himalayan treks and become a popular camping site.

Agra “the home to the Taj Mahal – one of the wonders of the world”, is the first word on everyone’s lips when they think about a tour to India. The place which has the legendary Taj Mahal, Fatehpur Sikri as well as the Agra Fort in its bucket, is the first city in the country to attract numerous travelers from overseas every year. The Mughal-era styled architecture, amazing local culture, the very pretty surroundings as well as some of the best food circles of India make Agra traveler’s favorite Weekend Getaways from Delhi within 300 km.

Jim Coebett is the oldest national park in the country. And this is located in the Nainital district of Uttarakhand. It was established keeping in mind to protect the endangered Bengal tiger. The national park also consists of many other exquisite species of flora and fauna. The place mostly lures nature lovers, photographers, and wildlife enthusiasts for the Weekend Getaways, as along with a rich wilderness it has the absolute natural beauty.

Main Attractions: The home to the Royal Bengal Tigers, Indian elephants, spotted deer, Himalayan black bear, golden jackal, and leopard cats. With these there are other animals you may spot while on a jungle safari. Moreover, there are Corbett Museum, and Corbett Falls for grabing your attractions.

Jaipur is the important part of the Golden Triangle Tourist Circuit in India including Agra and New Delhi. Talking about Jaipur, the first thing that comes in the minds is the magical and ever shimmering pinkish-red beauty of the Hawa Mahal. Royalty, history, culture, arts and crafts blended with modern amenities in this exquisite city is considered most well planned infrastructure in India. During a Short Trip from Delhi to Jaipur you are going to have an experience of a lifetime.

Nainital is considered as one of the most beautiful destinations in Uttarakhand, for the Weekend Trip from Delhi. It is Nestled in the Kumaon region and is a charming hill station built around the very unique “Naini Lake”. The “City of Lakes, Nainital” abounds in natural beauty as it has snow-capped hills and lakes which creates a nostalgic charm of its own. No matter you’re going for the weather, the adventure, the lakes, the food or even for the shopping, Nainital the perfect Weekend Getaways from Delhi within 300 km that has something for every tourist.

Chandigarh the capital city of Punjab and Haryana is the first planned city of India that was planned by a French architect who designed most of the city and made it look like a morning dream. Moreover there are trees and natural flora all over the city makes it a “City of Gardens”. This city is famous for its layout and design, great infrastructure, best-maintained roads and of course the Rock Garden. A Perfect blend of traditional Punjabi culture and modern architecture, the city is a feast for the eyes of tourists who have confessed that a visit to the best Weekend Getaways from Delhi – Chandigarh is always Rejuvenating.

Charm of the City: Rock Garden, Cactus Garden, A Heaven for foodies – Lachha Paranthas & Lassi are a must try in Chandigarh.

Charms to grab you: Rock Garden, Cactus Garden, A Heaven for foodies – Lachha Paranthas & Lassi are a must try in Chandigarh.

Mussoorie is famous for its beautiful vistas, perfect holiday ambiance & lovely weather. The people who want to enjoy the beautiful sight of the rolling green slopes with the snow-capped peaks of the Himalaya, The perfect Weekend Trip from Delhi to Mussoorie can give them a treat. One of the most popular place to visit in Mussoorie is the “Mall Road”, The Mall gives off a distinct colonial vibe.

Attractions of the City: Getaways to Yamunotri and Gangotri shrines, Lazy fishing place, “The Yamuna Bridge”, Boating at the tranquil Mussoorie Lake, Horse Riding along spots like Camel’s Back Road

Kasauli is a hilly town which is an ideal peaceful holiday location, away from the rush. It is nestled between beautiful woody forests of pine and cedar trees. The hill city has ambiance to the lavish Victorian buildings built by the Britishers & these structures speak volumes of the heritage past of kasauli. One of the Best Weekend Getaways from Delhi – Kasauli is not about particular attractions or activities, but it’s about the pretty environment and calmness that it provides.

Mathura – The Hometown of our Lord Krishna is a refreshing Weekend Getaways from Delhi within 300 km and that too for more than one reason. Being the birthplace of Lord Krishna it is considered as a holy land. Vrindavan is a town in the Mathura district and it is the place where little Krishna grew up playing with the gopis or the cowherds. On a Weekend trip from Delhi to matura – vrindavan make sure not to forget to try the specialities of Mathura, especially the Mathura peda.

Key Attractions:  The bankebihari temple, The Iskon Temple, The Dairy Products like Peda. 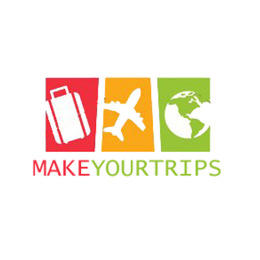